Hailemicheal who made his Tour du Rwanda debut at the 2018 edition and claimed the edition’s King of the Mountain award posted three hours, three minutes and 21 seconds to clinch his first ever stage at Tour du Rwanda.

In 2018, the young rider came close to winning this stage but fell short and settled for a third place while at the 2019 edition he finished 8th again in this particular stage.

Stage one winner Fedorov retained his yellow jersey after well finishing in the bunch of first 50 riders that posted the same time as Hailemicheal.

The stage got underway in an aggressive fight for the first KOM points of the day of category 3 that were just after 5.8km and were taken by Benediction Ignite’s Didier Munyaneza beating Eritrean Mulueberhan Henok.

15km into the race, a number of riders had attempted to strike a breakaway but the efforts remained unsuccessful however the peloton had split into two parts with yellow jersey holder Fedorov dropping into the second bunch.

Heading into the second KOM of the day of category 2, Benediction Ignite club who are featuring in the tour for the second consecutive year as a UCI continental team bossed it as Patrick Byukusenge claimed it followed by his teammate Eric Manizabayo.

After 21km, the race had its first successful breakaway led by Byukusenge, Manizabayo and Moise Mugisha from SACA (Skol Adrien Cycling Academy) opening a 22 seconds lead to the peloton however this was short-lived as a combination of Samuel Mugisha, Tesfom Sirak (Eritrea), Avila Edwin (Israel), Jurado Lopez (Terengganu) and Buru Temesgen (Ethiopia) attacked and joiner the breakaway which had a gap of 20 seconds to the chasing bunch.

In a dramatic style, the peloton refused to throw in the towel and just after 32km, the leading group was caught by the bunch of yellow jersey holder. Three kilometers later (35km), a new break of 5 riders including Jean Bosco Nsengimana (Rwanda), Yemane Dawit (Eritrea), Manizabayo (Benediction), Mugisha (SACA) and Abreha Negasi Haylu (Ethiopia) pulled a 1’30” lead to the Peloton. The average speed in the first hour of stage race was 36.5km/hr.

Eritrean Yemane scooped the third KOM points of day (category 2) that were after 38.4km beating Moise Mugisha and the breakaway lead had stretched further to 2’10”.

The Eritrean yet again scooped the first Sprint points of the day after 41km beating Nsengimana however their lead to peloton had continued to increase to 2’55”.

Yemane again took the second sprint points that was after 67.4km off Abraha and Mugisha and heading into the final 50km, their lead was at 3’30”.

After 76km, the breakaway group seemed not to slow down for anything as their lead had reached to 4’40”, however after 84km, the chasing bunch started attacking reducing the gap to 3’10” and heading into the final 25km, the breakaway lead had reduced to 1’05”.

As the race headed into the final 20km, Nsengimana was dropped from the breakaway and four riders led by Moise Mugisha, Yemane, Manizabayo and Abreha took control of the breakaway leading the peloton by just 52 seconds.

Abreha made an attack for a stage win in the final 20km opening a 32” lead on the chasing bunch however within the last 3km to the finish line, the peloton had cut his lead to only 20”.

However, he couldn’t maintain the pressure from an aggressive peloton in the last 2km that caught leading to a very spectacular sprint finish which saw Mulu Hailemicheal overpowering the bunch to claim the stage in a sprint photo finish of more than 50 riders.

Meanwhile tomorrow, the riders will discover the tight downhill turns of the Nyungwe forest head to Rusizi town from Huye, for stage three, a 142km stage. 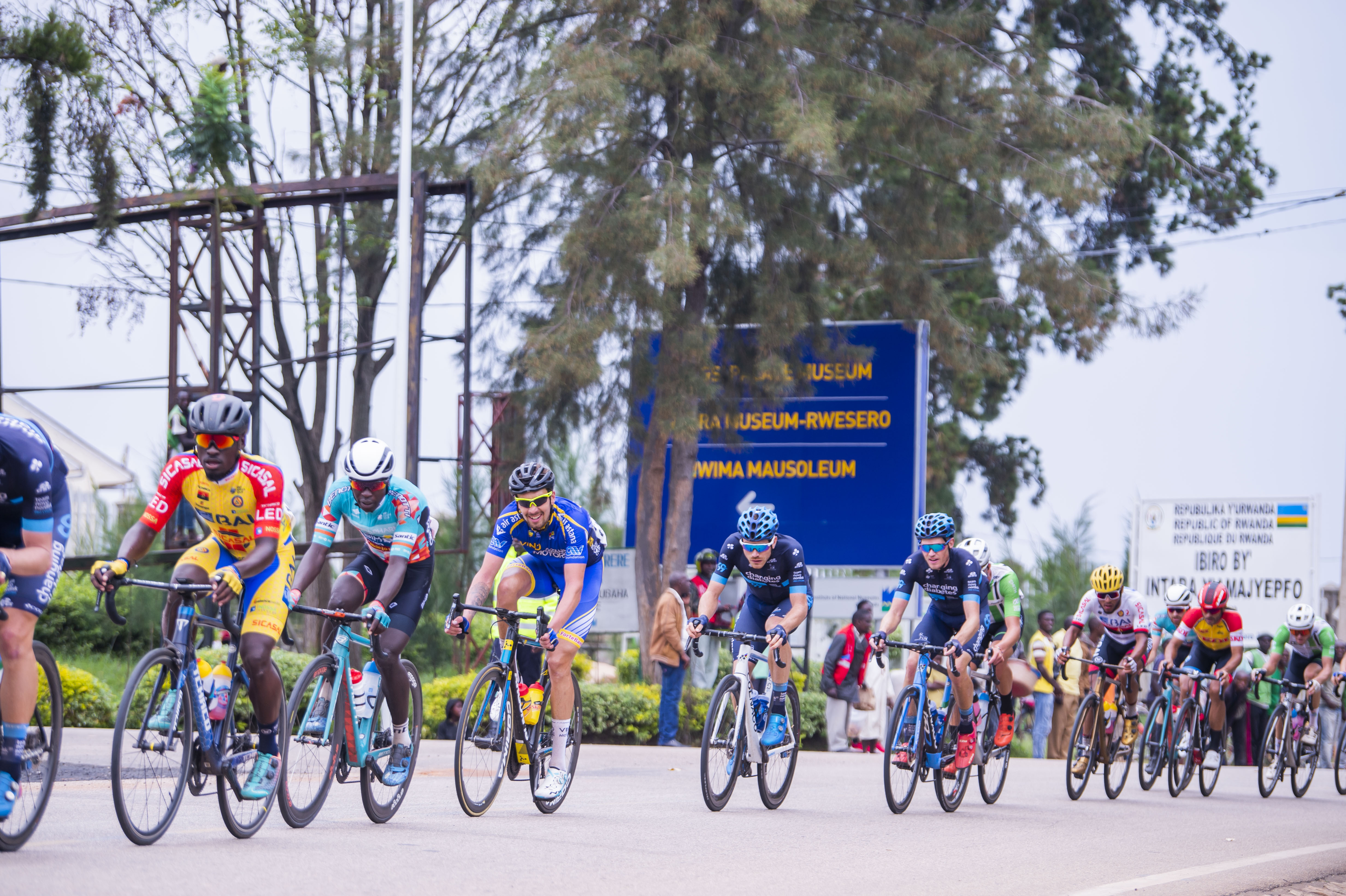 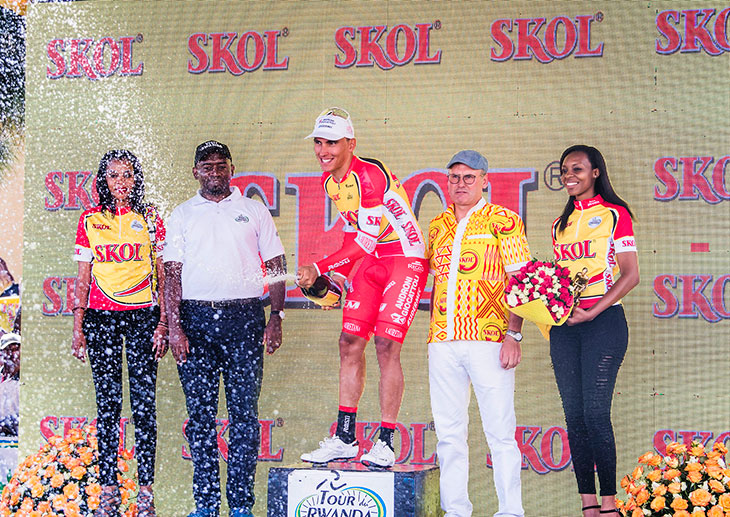